We had a lousy journey out to New Orleans. Departing home at 6am on Thursday 23 April, we
caught a slightly delayed flight from London Heathrow to Miami and, by the time we had docked
and been held up in Immigration, we missed our onward flight to New Orleans. We were bounced off
a flight at 11pm, put up in an airport hotel for a few hours, and bounced off a flight at 11am the next
day. We finally boarded a plane to St Louis at 3pm (meeting Smokey Robinson on the plane), and
then on to New Orleans a few hours later. We finally got to our hotel at 9pm on Friday 24 April,
28 hours late and having lost a pre-paid night at the hotel and the first day of Jazz Fest. 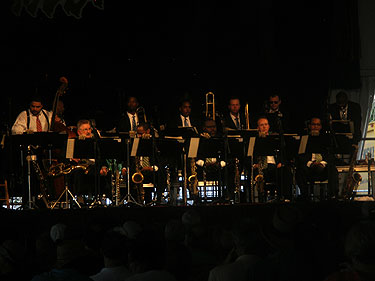 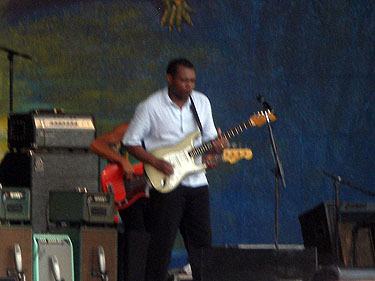 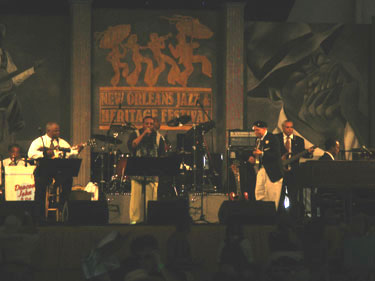 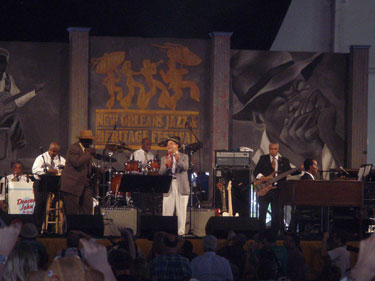 "All Aboard" painting on building on Poydras Street