Our annual Yuletide/New Year trip to India was rather fraught. We were due to fly from London to Bombay & on to Goa
on 17 December in time to celebrate Sheila's birthday & our wedding anniversary in India. Arriving at Heathrow Airport,
we found, along with hundreds of other travellers, that, due to the unusually bad weather conditions in the UK, our flight was cancelled.
After a long & exhausting wait, we were able to book a hotel in London for an overnight stay, but despite repeated attempts, we
were unable to re-book the outward flight until the next morning & this was not departing until 21 December. Returning home, we
made the best we could of celebrating the birthday & anniversary. On 20 December, we discovered that the second flight was cancelled.
After a frustrating time on the airline website, Derek eventually managed to book seats on the flight departing early the next morning.
We also needed to book an airport hotel in Bombay because we would be arriving in the early hours & to book seats on the flight to Goa
in the afternoon (the original flights on 18 December were non-refundable). We re-arranged our taxi to the airport & were very relieved
on arrival to find our flight was scheduled. So, we eventually arrived at our little hotel in Goa, where our room had been saved for us,
4 days late. It took a day or two the shake off the accumulated stress. 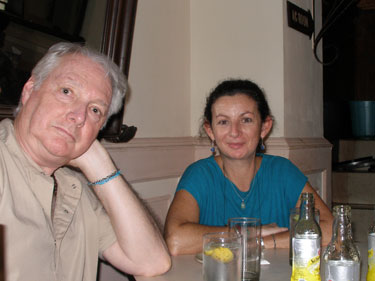 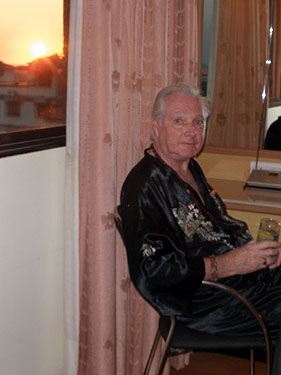 23 December - Derek & Sheila in Longuinhos, our Margao local /
Derek enjoying a post-shower sundowner in our room after a day at the beach 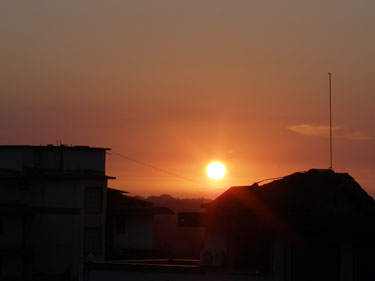 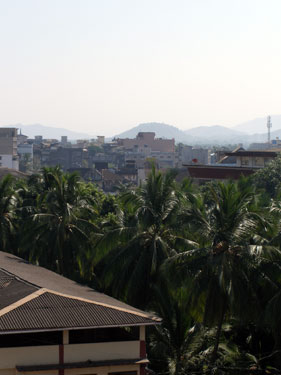 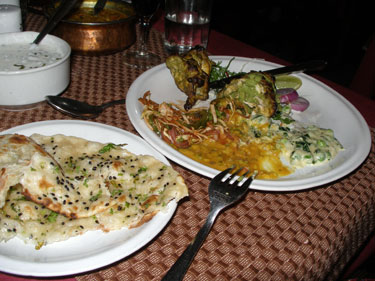 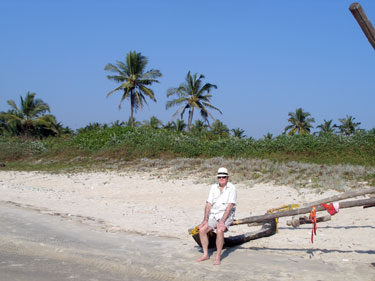 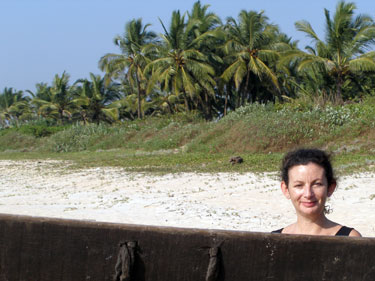 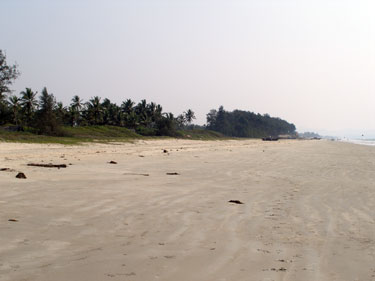 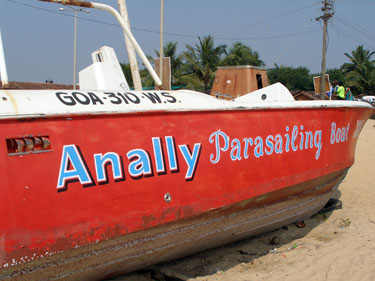 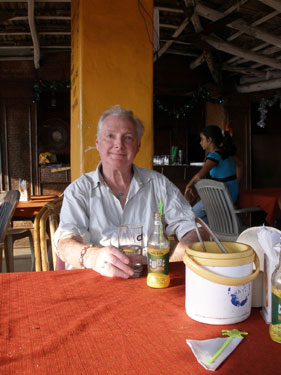 Enjoying a last sundowner at Pedro's, our local at the beach


Index of past issues of Gazette still available on-line